The Confederation of Indian Industry says that 25 percent of technical graduates and 15 percent of other graduates can be readily employed in the jobs that the recent boom has generated in the telecommunications, banking, retail, health care and information technology sectors. A report from NASSCOM says only 10 percent of fresh graduates are actually employable. A similar survey of MBA and engineering graduates reveals only 25 percent of them are employable. Education is the longest running con in India, second only in venality to the criminal institution that we optimistically call the ‘Government’.

When a broken antique system still is oversubscribed it takes smarts to question what looks on the surface as a winning system. It’s not. Here I need to make a key distinction. Primary education aiming to teach a kid the basic reading,writing and math skills is not in the same boat of con as higher education and university ‘education’. I mean how much ‘misguided’ stuff can you cram before the kid is ready for more than the 3Rs (Reading, wRiting, aRithmetic).

There is fierce debate globally (esp western democracies) over how to equip the next generation to be ready for the challenges. That debate over there is qualitatively different from what’s needed here. Over there the debate is getting the game to hit the HCF possible, able to compete with the Borg ship that is China and its neighbours. Here its trying to get the game to meet the lowest common denominator. Our far more basic and pressing challenge here is getting the graduating sheep to be minimally employable.

Anecdote time. In September I was looking to hire an analyst into my Service Management team and HR sent me a candidate they claimed looked good on paper. The usual 10+2+3+2 profile. The last 2 being an MBA student from a ‘college’ known for taking out full page ads laughably claiming to be better than the IIMs. Within about 3 minutes in my deputy and I realized we had a dud in our hands. I decided to go basic. I asked this ‘MBA’ student to explain what ‘topline’ and ‘bottomline’ was. He just started blankly at me. I could hear the crickets. Then he broke down. Right there. In front of us.

Bitter Nostalgia time. My 4 years at India’s premier hospitality management college was an all out rip off in that it did nothing to make me more employable into the world I was graduating into. All the value came from my own voracious reading at the library of generic books and magazines, my part time job at the local fast food outlet and this content aggregation and marketing company I set up to fund myself through the 4 utterly wasted years there. The lessons off classroom were invaluable and what I was taught in the classroom didn’t hold a candle to the former. As was the case for pretty much my entire batch. And we had whip smart people there (one guy got selected by ALL the IIMs) who sadly wasted four precious years learning how a commode designed in the 1930s worked. The wonder years indeed. The kind of place that Twain had in mind when he said “Some people get an education without going to college; the rest get it after they get out.”

Still it was a good place to make some life long friends and at least it was legit in the broadest sense. The biases of course helped us all cope. We joined blinded by optimism bias, survived with help from the ostrich effect and now a decade later  meet over drinks to celebrate rosy restrospection about a time at a place whose actual mission statement reads : 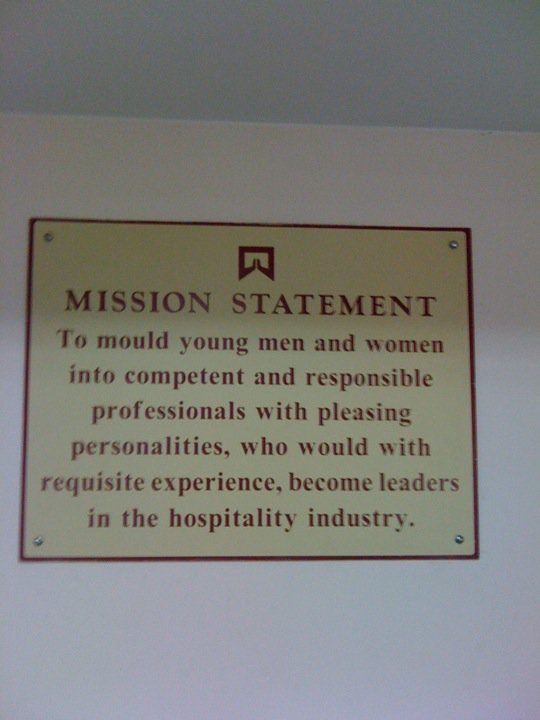 1.2 billion people. 500,000. graduating each year. 7500 are employable. A good con lasts a few minutes. A great con lasts a lifetime. Think of it like the difference between a mosquito that sucks your blood and is off versus a worm inside your stomach leeching off you for a very long time. I suspect 99% of the graduates succeed inspite and not because of their education. If this con is not in the Greatest Cons ‘Hall Of Shame’ someone has surely bribed the hall’s curator. Which would make sense in a kafkaesque way.

Why is the media not amplifying all this ? Same reason why the watchdogs don’t bark and bite. Follow the money. Conflict of interest. Why alienate the very group that’s taking out full page ads in your paper ? Why would the chicken coop guard shoot the fox when the fox is his paymaster ?

So what now ? Unless the consumer (the student and her folks) wise up to the con and choose very very carefully, this cash geyser will be in operation for a very long time. There are talks about a common exam all MBA students in India will take allowing hiring firms to see capability measured and endorsed by a neutral body. Shame on the government at taxing us and then not being able to weed out the corrupt institutions (forcing business to endorse something like the above)

You want to go radical ? Really really radical ? Gutsy ? Then I say skip this lame party entirely and home school yourself. All you need is a working internet connection and some books. And insatiable curiosity. And this website: http://personalmba.com/. That’s about it. You are in business. I’ll bet my last dollar a smart guy in a year on this can beat the pants off any average graduate vomited from the system.

3 thoughts on “On Education : the Con that is College Education”